As Director of the Colorado Tourism Office since December 2015, Cathy Ritter leads a $19 million initiative to maximize the potential of tourism in a state that attracted 77.7 million visitors during 2015. During her first year, she initiated the development of the Colorado Tourism Roadmap, identifying opportunities to improve the state’s competitive position while promoting sustainable tourism and leading travelers to less-visited destinations. Previously, Cathy was Illinois’ state travel director.

Cathy was named in November 2016 to the new National Advisory Committee for Travel and Tourism Infrastructure. She also is a member of the U.S. Travel Association Board of Directors and the Western States Tourism Policy Council. She chairs the Task Force on Sustainable Tourism for the National Council of State Tourism Directors. 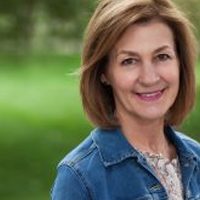