Gus is the Co-Founder of Miami Tour Company, a Florida charter bus company, transporting 40,000 passengers a year. Gus has developed and introduced successful new tours in Miami, Key West, and Orlando markets, while building profitable joint ventures with some of the world’s most sophisticated cruise lines and travel agencies, including Royal Caribbean, Expedia, Airbnb, and EF Language School.

Gus has also written and produced a world class audio tour app about Florida, created new sales channels by developing a network of domestic and international travel agents, personally guided hundreds of group tours around the state, and helped lead Miami Tour Company to be awarded the “Small Businesses of the Week” by United States Senate Committee on Entrepreneurship. 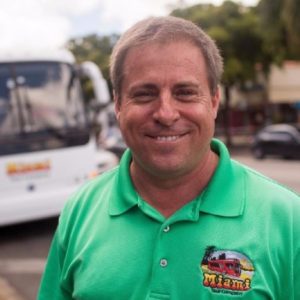