CEO of The College Football Hall of Fame

Kimberly Beaudin is the Chief Executive Officer for the College Football Hall of Fame, one of Atlanta’s top attractions and college football’s mecca. Beaudin joined the Chick-fil-A College Football Hall of Fame in June 2015 as the Vice President of Marketing and Communications. With over 20 years of experience in leading brand development and marketing strategy, she was later promoted to oversee the sales operations of the business in March 2016. In April 2020, Beaudin was appointed CEO of the Hall of Fame, making her the first female leader of the storied attraction.

As CEO, Beaudin focuses on strategic marketing initiatives, community and public relations, group sales and event sales, and philanthropic development and partnership sales and activation. Before joining the Hall of Fame, Beaudin served for seven years as the Vice President of Marketing and Communications for Atlanta-based Arrow Exterminators, the 6th largest pest control company in the U.S. At Arrow, she developed the company’s award-winning campaign focused on environmentally responsible pest control, the STEPS Total Protection System, and pioneered investment in sports marketing partnerships that drove significant sales results in both Atlanta and expansion markets.

Before Arrow, Beaudin’s career spans a who’s who of Atlanta sports and destinations, including CNN Studio Tour, the Atlanta Hawks, and the Atlanta Thrashers. In fact, Beaudin was instrumental in developing two nationally-regarded campaigns – the Thrashers, Blueland, and the Hawks, Highlight Factory. Originally from Florida, Kimberly holds a B.S. in Journalism from the University of Central Florida. However, she is an Atlantan at heart, having lived here for over 20 years. Kimberly currently resides in Smyrna with her husband, Chris, and daughter Alex. 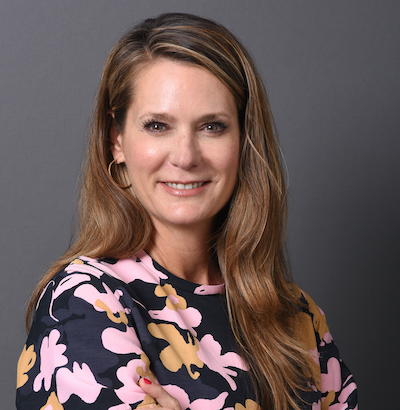