Nichole joined Montparnasse 56 Group in 2013 as the General Manager of 360 CHICAGO (formerly John Hancock Observatory). In that time, she has overseen a $10 million investment into the Chicago icon, the repositioning and introduction of a new brand and built a team that propelled the operation to record high attendance levels. In January of 2017 she added the oversight of One Liberty Observation Deck in Philadelphia to her role as Managing Director for the US sites. She is excited and honored to play a role in further defining these two iconic Observation Decks as premiere destinations for visitors and locals to Philadelphia and Chicago. A graduate of DePaul University, Nichole spent nearly 15 years in the hotel industry before joining Montparnasse 56 Group, holding a variety of sales and management positions in Chicago and Washington DC. She is proud to serve on US Travel Association’s National Council of Attractions and Experiences and also serves on the Executive Committee and Board of Directors for the Magnificent Mile Association.

A 20-year Chicago resident, visits to 360 CHICAGO have been a favorite of Nichole’s from the very beginning, when she first delighted in the views of Michigan Avenue, Lincoln Park and Navy Pier. She spends her free time with her young daughter and family, finding the rare moments to pick up a novel and taking in the beautiful skyline from the waters of Lake Michigan. 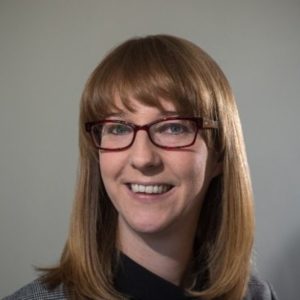