Scott Wiener turned his obsession into a business when he launched Scott’s Pizza Tours in 2008. The company has since led tens of thousands of pizza lovers to the most significant pizzerias in New York City. The tour has been featured on CBS Sunday Morning, Live with Kelly and Ryan, and Oprah Magazine. Scott has expands upon his interest in pizza as a monthly columnist for Pizza Today Magazine, host of Thrillist’s “Really Dough,” and Guinness World Records title holder for the largest collection of pizza boxes. 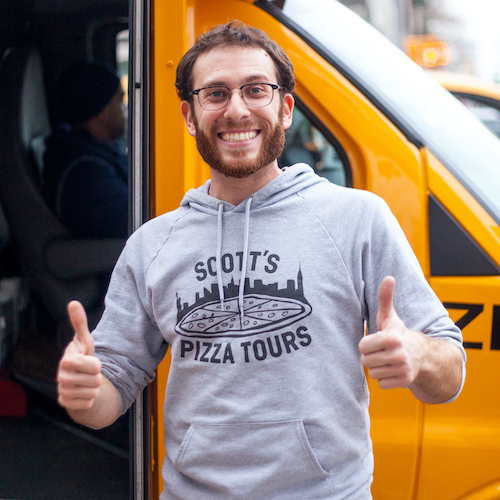