He relocated to London, UK in 2010 to take up the position of Director for the TAT London Office, where he spent four rewarding years developing policies to promote Thai culture and tourism.

After moving back to Thailand, he became Director of The Americas Market Division, The Americas Region. With all his previous marketing experience accumulated during his career. In 2014, he became the Executive Director for the Information Technology Office. Within this role, he heads three main divisions: the Internal IT Division; the Marketing IT Division, responsible for digital marketing; and the Tourism Database Division, which looks after the TAT Intelligence Center (TATIC). In 2016, he became the Executive Director, Office of the Governor and was promoted to Advisor 10, office under the Governor in 2017. In 2018, he was promoted to the Deputy Governor for Policy and Planning. 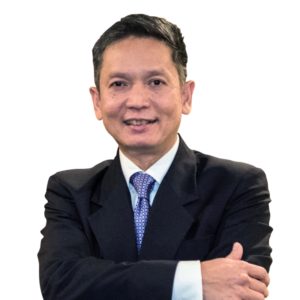