The ETOA promotes greater awareness of the benefits provided by the group travel industry and influences European tourism policy and legislation and represents the interests of 8 million inbound tourists. Tom has been responsible for championing tourist access to historic cities, for initiating a Europe-wide coach safety code and for leading a campaign that successfully blocked changes to EU VAT legislation that would have jeopardised 5,000 tourism jobs in Europe.

Before taking the reins at ETOA, Tom worked for American Express, ultimately being responsible for all aspects of the company’s inbound leisure travel for scheduled tours, independent vacations, and customised itineraries. There, he launched a fully integrated computerised booking system, he developed the first interactive CD-Rom brochure and he managed a corps of 350 tour managers operating throughout Europe.

Tom is a ‘Tourism Expert’, often called upon by a variety of media outlet including GM TV, BBC TV, CNN, CNBC, and BBC Radios 4 & 5. 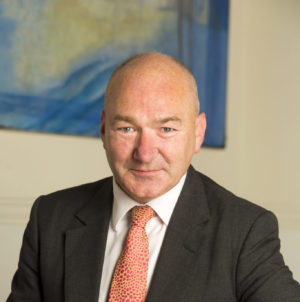